A utility kilt is a modern day man skirt made out of user friendly fabrics that one could get dirty and clean relatively easily.  Utility kilts also have a lot of pockets and even a place to hold a hammer.
They look like regular kilts, except they lack the pretension of a classic tartan.

Here are a couple of examples:

Kilts were first invented by the Scottish long, long ago because someone named, Hamish, was really drunk and thought it would be a good idea to traipse around in the cold so the wearer's legs and "man goods" could shrivel up like raisins.

This logic is equated only with the git who invented high heeled shoes (who, incidentally, was also drunk) because teetering around on 5 inch points a half inch wide typifies sanity.

Kilt wearers, in my experience, are pretty hardcore.  The first time I ever saw a man in a utility kilt I was in an IKEA picking out living room furniture.  Being somewhat shy, I jumped right in as he passed by and said, "Hey, sweet kilt."  I don't know about you, but I am one of those perpetually uncool people who talk to strangers unbidden, call things, "AWESOME!" and, at the ripe old age of 38, has basically turned into my mother who once walked around Puerto Rico, asking in high school Spanish with her southern accent, "DONDE ESTA LA CASA  DE PONCE DE LEON??"

So you see, I'm genetically wired to be uncool.

As Mr. Ikea-Utility-Kilt-Man looked up, I noticed the large tattoo he had on his face, and without thinking, said, "Great tat."  His eyes bored right into me and I (very nearly) blushed with shame for my boldness, but not before I uttered these words, "Did you do that yourself?"

Now here's little known fact about people with facial tattoos:  Unless the tattoo is tribal,  you're just some dude going down to Forever Ink on a Friday night.  And if you've chosen to permanently alter your face with a swastika, you've pretty much decided that your relationship with society at large is over.

So, my advice?  Know the signs of the utility kilt, don't engage, and run for your life.

How do you rock the kilt?

Email ThisBlogThis!Share to TwitterShare to FacebookShare to Pinterest
Labels: A to Z, kilts, know the signs 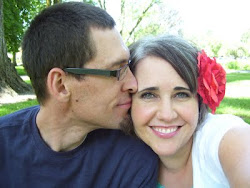